The idea for this came from Dr. Andrew Robinson who had built a 48 Camera system with a PiFace Control and Display. It would have been great had it been possible to demonstrate the system at the recent 24 hour hackathon just a few days before but time and space didn’t really allow for that to happen, so here’s some info about the rig instead. 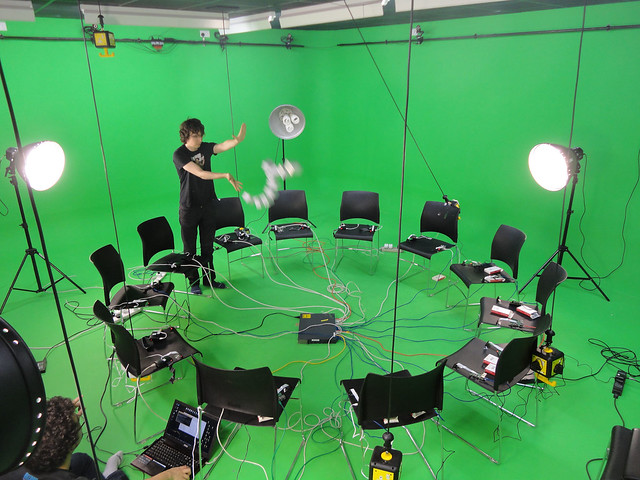 Initial development was carried out just on a single Raspberry Pi, once the image was successfully captured and transmitted it was then up-scaled to work with four Pi’s. The next phase of testing was with around ten Pi’s, and all seemed to work well. Some tweaking to the code was carried to speed up the capture / transfer process from the initial small scale tests. The afternoon of Wednesday 22nd April came the time to do a larger scale test of the system – with the submission date for the coursework just a few days away. Hence 24 Raspberry Pi’s were gathered together and configured for a larger scale test, as you see here. 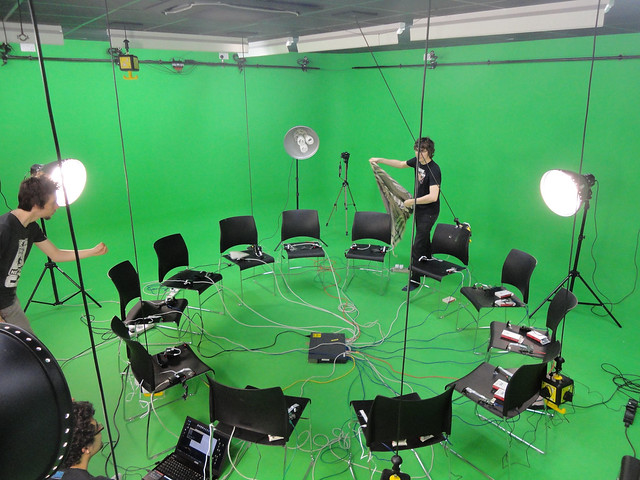 To allow space and plenty of power sockets to get the system running the 24 Camera Raspberry Pi – Bullet Time system was setup in our Green Room / Motion Capture Room. The following images run in reverse chronological order, firstly show the Bullet Time Rig in use, and works back to setting things up. The very first capture test conducted was flying a paper plane through the capture space. Followed by tossing ten empty power supply boxes for the Raspberry Pi’s into the capture space along with a few other ideas too. 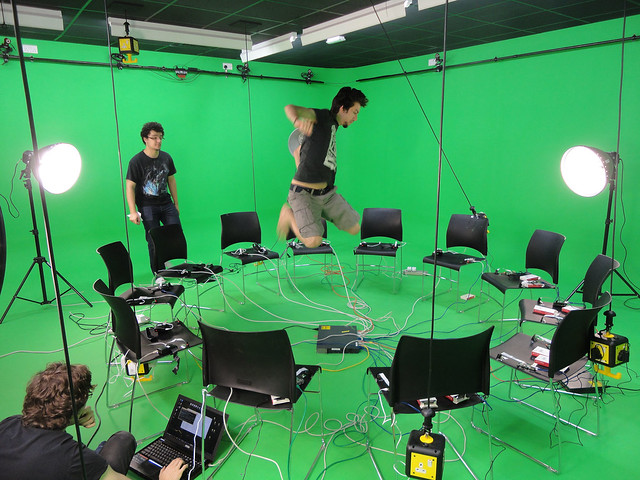 Would be really great to try building a larger size version of the rig as the software is capturing from all 24 cameras and transferring to the Computer in just a few seconds. Perhaps something on the order of 75 cameras or more mounted on a laser cut stand with some 3D printed elements to secure the cameras and Raspberry Pi’s in place would be ideal with a diameter of around six meters. Such a rig should provide a good opportunity for capturing some really interesting shots. Its likely that the software developed will be placed on GitHub fairly soon, and may have another post or two showing some of the actual generated output. All one needs to build this rig is some Cameras, Raspberry Pi’s, network cables, a switch and the software. 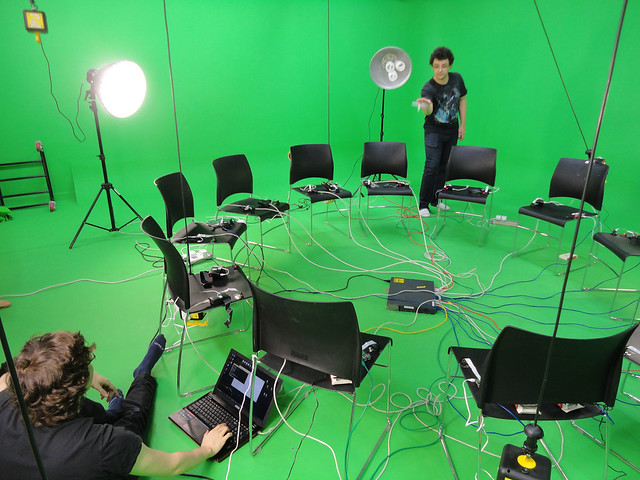 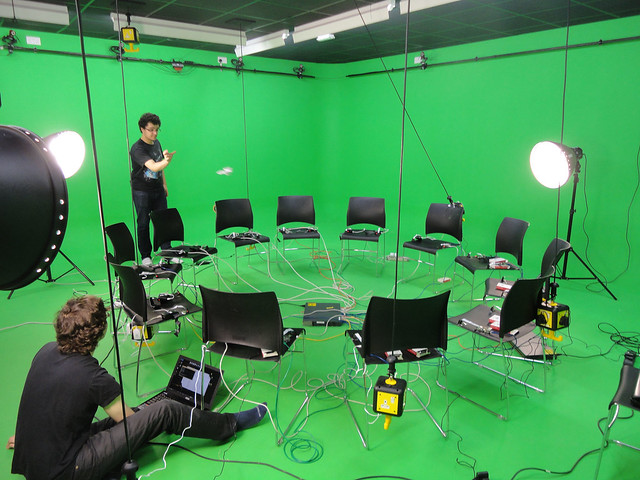 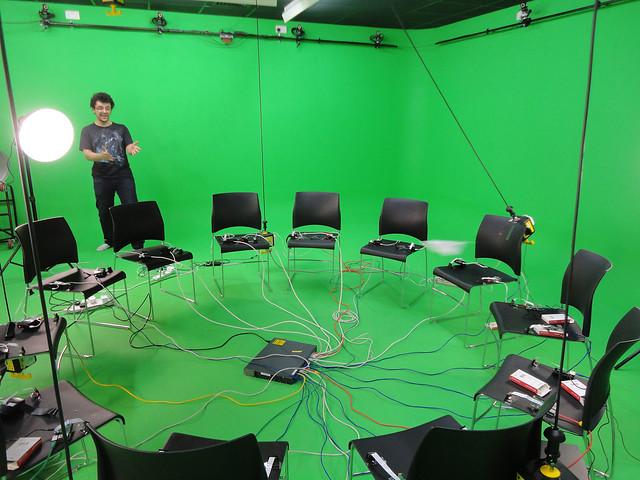 Reviewing one of the very first video files generated by the system. 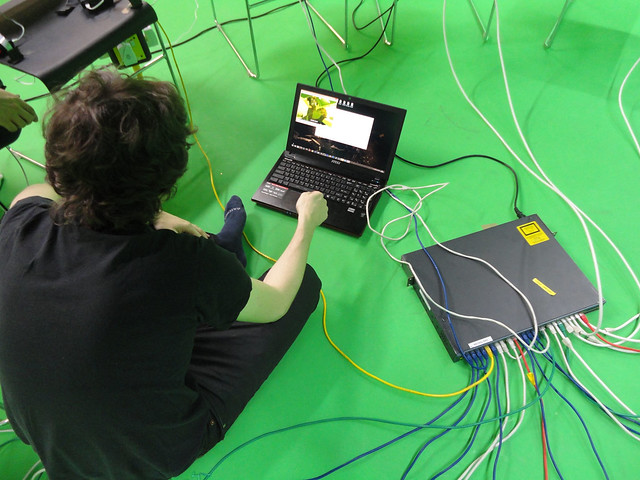 Checking that the Pi’s were connected up and in communication. 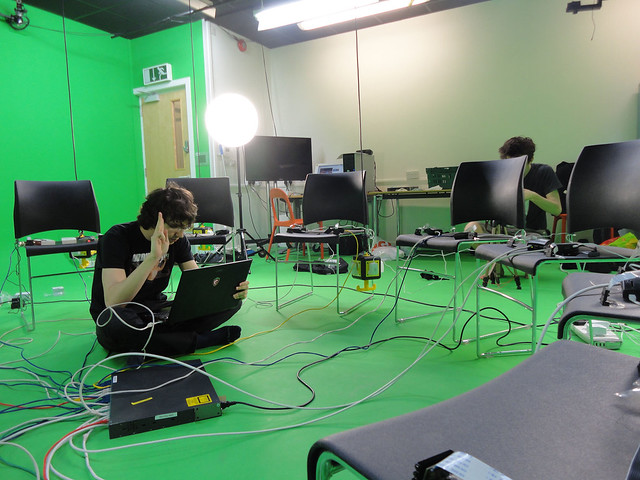 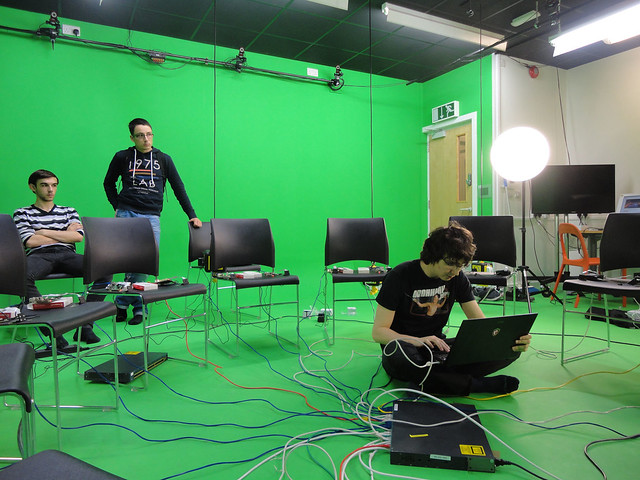 Making use of a 48 port switch to get things going. 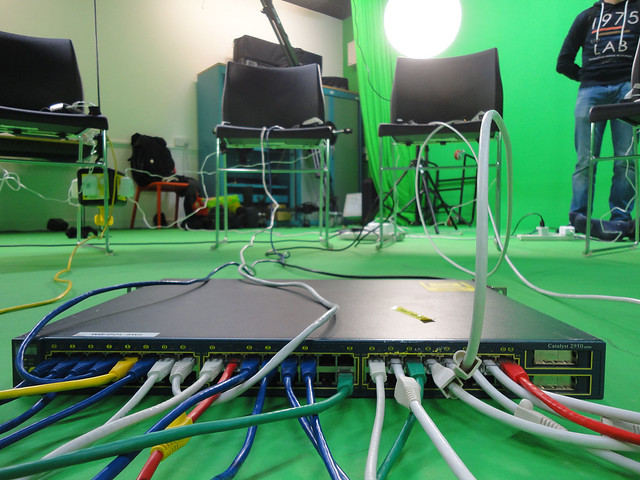 We had some visitors too, who popped by to take a look at the setup. 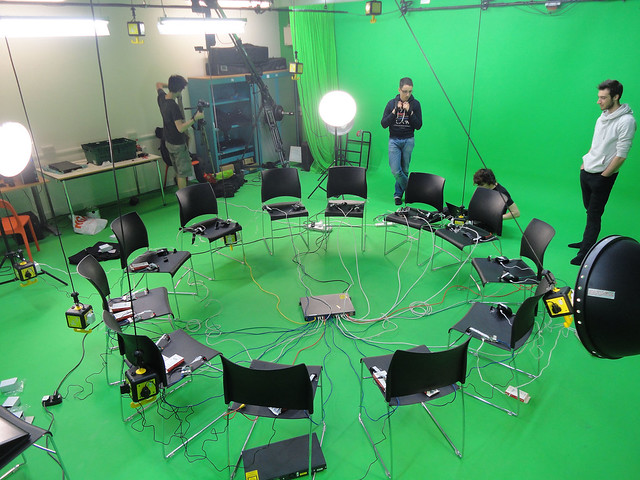 Initially the system was setup to make use of two 24 port switches, though with the choice of having to do some switch reconfiguration or just using a larger switch, the 48 port switch option was taken, and perhaps made for a more interesting cable layout scheme!